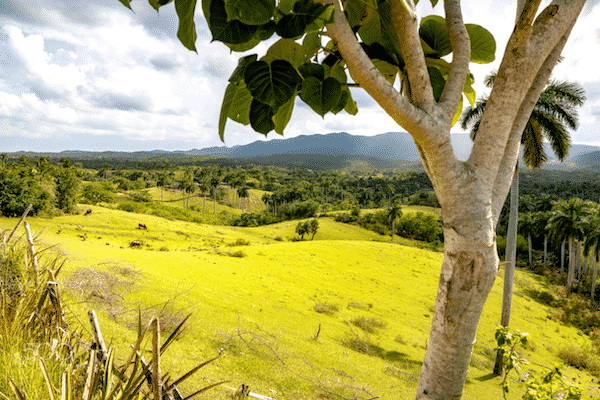 Artemisa is located in the West of the island and is a province created in 2011 from a part of the old province of Havana and 3 municipalities of the province of Pinar del Rio. It is bordered on the west by Pinar del Río, on the north by the Florida Strait, on the east by the provinces of Havana and Mayabeque (which is also a new province) and on the south by the Gulf of Batabanó (Caribbean Sea).

Las Terrazas is a small community and nature reserve in Pinar del Río province. Located in the Sierra del Rosario mountain range (designated a Biosphere Reserve by UNESCO in 1984), it has a number of hotels and restaurants and a large area of secondary forest. The secondary forest was planted on the deforested hills by building terraces to avoid erosion; hence the name (in Spanish, Terrazas means terraces). No domestic flights. Overland transfer from Havana around 1 1⁄2 hours. The only hotel, La Moka, has 26 rooms and bookings need to be made well in advance.

An eminently agricultural territory due to the fertility of its soils, it also has beautiful landscapes in the inherited Sierra del Rosario and attractive beaches on the coast of the municipality of Bauta.

The current provincial capital, Artemisa, arose due to the relocation of residents of Havana affected by a fire. The village grew quickly based on the economy of the Coffee, firstly, and later on the sugar cane, surpassing in importance to the neighbors, becoming the second city in importance of the then province of Pinar del Rio. The ruins of the Angerona Coffee Grove, now a National Monument, bear witness to the splendour of the coffee crop that earned the region the nickname “Garden of Cuba“.

The present territory of the province of Artemisa was the scene of several combats during the Necessary War, carried out by the column of Antonio Maceo, during his Invasion to the West. Artemisa was the headquarters of the General Command of the Mariel Majana Trail, built by the Spaniards in the narrowest part of the island (between Mariel Bay to the north and Majana beach to the south) with the vain purpose of preventing Maceo’s invasion of Pinar del Río. 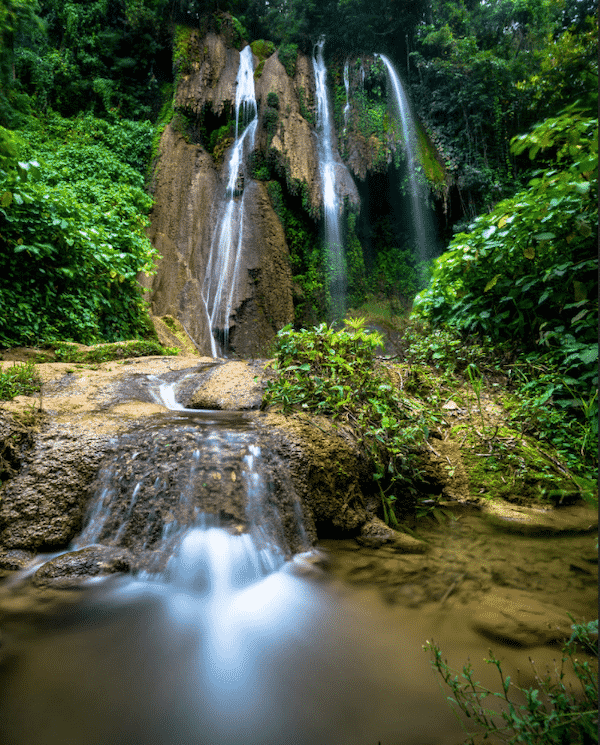 The village of Soroa is a natural place of great beauty and variety, considered a Biosphere Reserve in western Cuba. Visitors from all over the world come to this wonderful place to admire and enjoy the beautiful work that nature created in this abrupt place, surrounded by mountains and rivers.

Las Terrazas Tourist Complex is a rural experience of sustainable development located within the Sierra del Rosario Biosphere Reserve, in the Municipality of Candelaria in the province of Artemisa.

Since 1994, attending to the geographical and natural attractions, the area has become a Tourist Complex, oriented to nature and culture, with a high demand for international tourism. This leads to a commitment, both residents and visitors to ensure the conservation, preservation and control of this place, as well as respect for society and local culture.

The Sierra is the eastern part of the Guaniguanico Mountain Range that continues west into Pinar del Río in the Sierra de los Órganos. The Sierra as a whole covers areas of the municipalities of Artemisa, Bahía Honda, Candelaria and San Cristóbal.